We naively think that Satan is interested only in causing harm, death, destruction and evil. This is indeed the ultimate outcome of his moral law, but there is more to him than meets the eye. Very few of us realize that he rebelled against God in an actual attempt to create something good—in fact, something better than what God already had in place. Order is the entire reason for his reward and punishment system:

It was pride and ambition that prompted Lucifer to complain of the government of God, and to seek the overthrow of the order which had been established in heaven {PP 403.3, emphasis added}.

It was by disobedience to the just commands of God that Satan and his host had fall- en. How important, then, that Adam and Eve should honour that law by which alone it was possible for order and equity to be maintained {PP 52.2, emphasis added}.

Lucifer sought to “overthrow” the “order” of heaven. “The order which had been established in heaven” was done through God’s law of agape love. Why would Satan seek to overthrow it? He had a new idea, a replacement in mind—a new order. His intent was to create a new and better universal order through the system of reward and punishment. Order itself was the reason for his rebellion.

Lucifer’s order was implemented here on earth, in the Garden of Eden when Adam and Eve ate the forbidden fruit. We have been living by this order ever since. Right now, at this time in the history of the world, Lucifer is giving his order a fresh new face, calling it a “New World Order”—also known as “Social Justice.” Many have been deceived by these terms, not realizing their underlying principles. Others do know, and have sided with him, believing this is a good system. Lucifer was not so naive as to offer anarchy or chaos as an alternative to God’s law—he could not have expected a following then. What he was offering appeared to have substance and commanded respect. It would eventually result in anarchy and chaos, but this he refused to acknowledge, even though God warned him by showing him cause and effect. His order is accomplished on the premise that people will do Good in order to avoid the punishment they would receive if they did Evil. Speaking again of Leviathan, God said:

His [LEVIATHAN] heart is as firm as a stone; yea, as hard as a piece of the nether millstone. When he raiseth up himself, the mighty are afraid: by reason of breakings they purify themselves (Job 41:1, 11, 13, 24 KJV, emphasis added).

The word “breakings” is sheber; some of its meanings are “a fracture, figuratively, ruin; affliction, breach, breaking, crashing, destruction, hurt, vexation.” Leviathan intimidates us into “purifying” ourselves out of sheer fear.

Interestingly, the Hebrew word “purify” used here is the same word used to describe Lucifer’s sin—châlâl. This would be confounding were it not for the fact that it is not unusual for a Hebrew word to have two opposite meanings:

Thus in Hebrew the word “sin” can also mean “to purify” and “to cleanse.” Leviathan thinks he can “purify” us through pain—“breakings.” How?

If, in the back of our minds, we knew we would be punished for stepping out of line, wouldn’t we be motivated to behave, to clean up our act? Surely we have all been in that situation! How did it make us feel? Did we feel freedom or coercion? Was our Good behaviour genuinely Good or were we just going through motions in order to avoid pain? Did punishment elicit love or fear, anger or hatred? This is familiar territory to those in this war zone—we all can relate to this.

Lucifer’s principle intended to create order is based on an erroneous notion that human logic has come to accept as rational: the more re- wards are in place to motivate a person into doing Good, the better and less evil that person will become. But if this doesn’t work, then the more dreadful the Evil, the more drastic the punishment must be to curb it and bring about Good behaviour again. This works to a degree, because at a certain point fear does kick in. Fear can be a powerful deterrent, as we all know, but at what cost is such order established?

The methods used in Satan’s reward and punishment system are immaterial as long as the desired end—order—is achieved. In his system, the end justifies the means. Lucifer’s law justifies brutal, violent actions, as long as some form of order is achieved through the balance of Good and Evil.

What about rewards, shouldn’t they produce order? They do work to a point, because the more rewards are in place, the less evil takes place. But start rewarding a child for good behaviour and soon we begin to see pride rise up, and that creates problems, which will then need to be dealt with by punishment—we can see the vicious cycle.

Lucifer envisioned that the positive and negative forces of his law would be more effective in shaping order than God’s pure love, mercy and grace. He believed that this method of bringing about a model society was better than God’s, which was done solely through unconditional love.

Through these two powerful motivators, reward and punishment, the former guardian of God’s law created a whole new form of government in which the value of a person was automatically framed inside a hierarchical structure. He believed that such hierarchy would be more successful as the basis for a society than God’s impartial system of freedom, where everyone was on the same playing field.

Ultimately, Lucifer’s order is nothing else but a Pavlovian utopia. Reward and punishment are simply positive and negative stimuli, and our responses are nothing more than conditioned reflexes. We are at once both subjects and witnesses in this case study. What do you think? Is it working? Is this a viable system of government? Should God have adopted it? Would the universe survive such a system, or come to an eventual end, as the earth is soon to experience?

The intelligent beings scattered in God’s universe were wiser—they rejected this law. In fact, they must have been watching its implementation on earth with absolute horror. God is not protecting them from seeing all the chaos, destruction, pain and suffering happening down here. They have been following this great controversy with intense interest, and they have come to understand the subtleties and deceptions of Satan’s system. Not only that, they are coming to know God even better than before. Consider Paul’s words:

To me, who am less than the least of all the saints, this grace was given, that I should preach among the Gentiles the unsearchable riches of Christ, and to make all see what is the fellowship of the mystery, which from the beginning of the ages has been hidden in God who created all things through Jesus Christ; to the intent that now the manifold wisdom of God might be made known by the church to the principalities and powers in the heavenly places, according to the eternal purpose which He accomplished in Christ Jesus our Lord, in whom we have boldness and access with confidence through faith in Him (Ephesians 3:8-12, emphasis added).

The “principalities and powers in heavenly places” are learning the “manifold wisdom of God” by—through—the church, the people on earth who will eventually accept and live by God’s moral principles of agape love.

Through Christ, moral power is brought to man that will change the entire affections, and enable man to work with a will for the cause of God. Where all the power of mind and body was before concentrated to work the works of evil, by the Spirit of God a revolution is brought about. The Holy Spirit enlightens, renews, and sanctifies the soul. Angels behold with inexpressible rapture the results of the working of the Holy Spirit in man. {YRP 332.2} 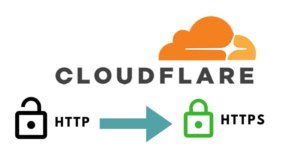